It’s been almost a year since I’ve written anything on this blog, and I’ve been missing it very much (hence the rather long post). Although I still have lots to say about my experiences and memories of the country, writing on a blog entitled Saudi in Iran just didn’t seem so sincere while not being in Iran. I’ve also been preoccupied with my dissertation – which is now thankfully done and, with the help of my faculty at the University of Tehran, I am now an MA graduate in Iranian Studies having completed the rest of my course remotely. My thesis itself was on the topic of how contemporary Iranians view their Arab neighbours; writing about this topic, which drew from some of my personal anecdotes and experiences, is what got me thinking deeply about my erstwhile blog, my time in Iran, and how this all started in the first place.

As mentioned in my second post, one of the most prominent questions I (as well as fellow foreigners) was asked in Iran is “what made you come here?” Although in this day and age people choose to travel and study all over the world for various reasons, I believe this question is of particular interest to many Iranians partly due to the political isolation the country has undergone in the past decades, along with the associated demonization of the country in external media coverage and the decline in foreign tourism. The latter trend is reversing dramatically, with a significant spike in foreign tourists as well as students going to Iran following the nuclear agreement. For the most part, in my experience Iranians feel pleased and proud that foreigners have chosen their country, culture and language to explore and study. In my case, the questions regarding my reasons for choosing Iran were always coloured with a particular acuteness, given the sour and ever-worsening state of relations between our governments.

This, to me, was exactly the problem – and one of the reasons that inspired me to move to Iran in the first place. The only narrative or shared space that has existed between the two peoples recently is that of the political sphere and, for most people, media coverage about the latest confrontation, escalation, or war of words. Other than the minority in both countries that travel or live abroad and are open to socializing and cultivating friendships with the ‘other side’, countless Saudis and Iranians (and many more across the region) base their mutual perceptions on what goes on between their governments. At a time when widely diverse peoples, ideas and cultures are being brought closer through modern communications and globalisation, the tenacity of politically-driven assumptions is still an obstruction to genuine human interaction in the Middle East. I remember clearly the final trigger prompting my decision to move to Iran for further studies a couple of years ago. One of my closest friends, of Iranian origin himself, was considering organising a group trip to Iran. He proclaimed that as much as he wanted me to see his country, he was distraught at the prospect of his people mistreating or disrespecting me because of my Saudi Arabian origin, and therefore wasn’t sure if it was a good idea.

This didn’t sit well with me at all. Not that my friend’s concerns about our countries’ long-running disputes and their effect on popular attitudes was news to me; however, I couldn’t reconcile my hitherto experience with Iranians and all I had learned about the culture through my friends and studies with the idea that I would be simplistically treated as persona non grata by an entire population due to prevailing politics. So, after finding a worthwhile course of study and resigning from my position at the LSE Middle East Centre (a sad affair but made easier by my colleagues’ wonderful support for my next step), I took what little Farsi I knew, along with my minimal knowledge but deep curiosity about the country, and headed to Iran. What I found when I got there, and overall during my year and a half in Tehran and beyond, was far from what my friend anxiously predicted. 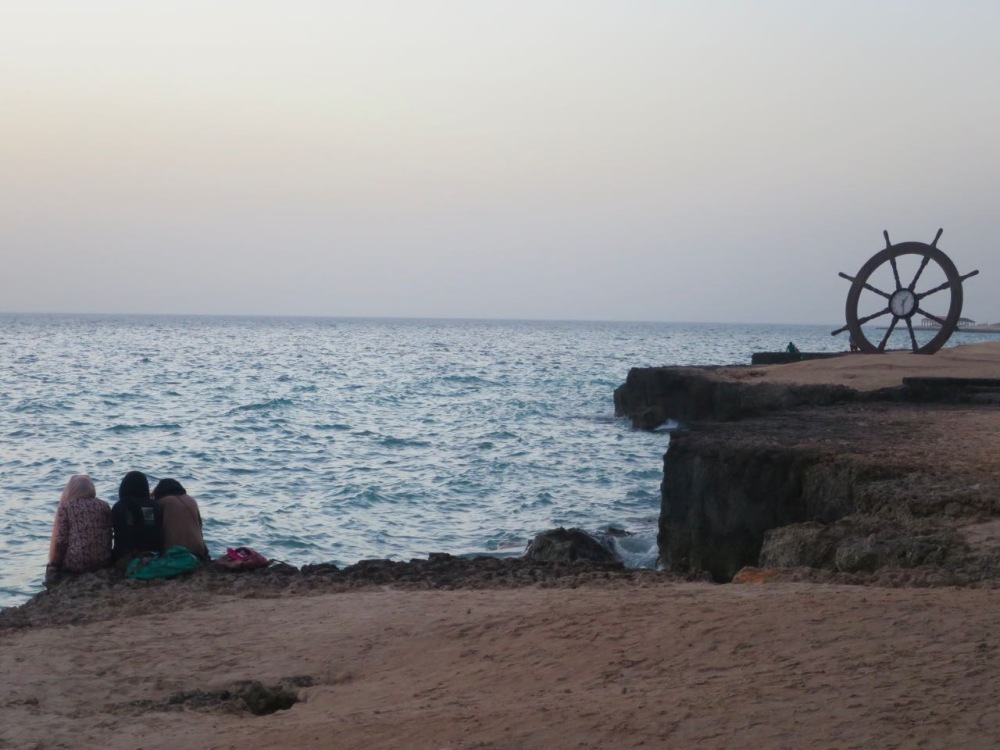 I was welcomed gracefully and met with hospitality regardless of contemporary events in the geopolitical realm, indeed many times with profound and well-natured interest in Saudi Arabia. Yes, many people asked me about politics and current developments, sometimes with a hint of indignation – especially after the hajj stampede in Mina. Nonetheless, the space for civilised interaction and human empathy – distinct from politics – was never shut down because of blind prejudice towards me, except for perhaps one instance (among thousands) that I’ve previously mentioned. This is aside from the abundance of encouragement and support I received from Iranians and fellow Arabs for the dialogue opened up by this blog, and the attempt to dispel mutual stereotypes by travelling to Iran. In my view, this demonstrates the willingness and readiness among many who refuse to let age-old or even present-day disputes poison their outlooks and obfuscate communication with fellow human beings. Yes, there are those who would prefer to call Arabs grasshopper-eaters and denigrate their culture rather than engage in conversation with them. There are also those in the Arab world who would rather spew atrocious slurs against Iranians or others than befriend them. Just as there are racists in every corner of the world who blindly stick to their own narrow definitions instead of widening their horizons and basing their opinions on real interactions. There’s no need to deny that racism, prejudice and increasingly politics-fuelled sectarianism exist in strong forms across the region; but neither is that a sufficient reason to disregard the multitude of moderate, open-minded and empathetic people that exist on all sides, or the possibility for common ground.

When the Saudi embassy in Tehran was ransacked after the execution of the Shi’a cleric Nimr al-Nimr in January of this year, followed by Saudi Arabia cutting diplomatic ties and banning its citizens from travelling to Iran, I stayed up for nights on end watching the news and – not to be overly dramatic – crying. This wasn’t just because I knew I would have to leave behind my friends, studies and the life I had built for myself in Iran. But also because I knew it would be just another nail in the coffin of mutual understanding, pushing the possibility for a positive change in perceptions even further back while strengthening the argument of those that insist on maintaining fences between us and clinging on to archaic stereotypes. It is so easy to get caught up in a flurry of nationalism, of ‘us versus them’ narratives, when we feel that our particular group is being threatened, and this is what has been playing out all over the world ever since the idea of distinct ethnicities came into being.

This is all the more potent when religion is added to the mix; it’s very sad to see overt verbal attacks and excommunication between the Islamic sects in the 21st century, especially when the religion itself preaches respect for and acceptance of others as long as they do not mean you harm – even if they belong to different religions, practices, cultures, etc. The ravaging religious wars of Europe and countless other past conflicts that were ostensibly fuelled by a sense of clashing identities may not be enough of a historical lesson to avoid similar catastrophes today. Nonetheless, as strong as some of these identity markers seem to be for many people, I think there is still a case to be made for defining ourselves first in terms of our common humanity, and making the effort to look beyond supposed justifications for alienating or belittling others. Because so much of the time, these prejudices or misgivings are ‘learned hatreds’ – just a function of our social environment – and they are far from innate. The true sign of being cultured is recognizing that others might value their own culture or background just as much as you do yours, and failure to respect that ultimately causes more long-term harm to yourself than to others.

The politics between our countries have become even more toxic since my friend first spoke those words. But thankfully since then, I have learned and hopefully shown some of my readers that this is not the whole story. I will always treasure all the love, support and kindness I received from my friends, university faculty, neighbours and random strangers not just as good memories, but also as a reminder that behind every headline, every myth of eternal animosity, there are millions of people who want nothing to do with such abstract labels and are ready to show compassion and respect to anyone who gives them equal consideration. Many seem to be calling to arms these days in a show of patriotism, and those calls grow louder and more widespread with each new geopolitical clash. What is really needed however is more awareness that despite our differences, there are humans on the other side who are deserving of our respect and understanding, and a sense of empathy can exist regardless of national disputes. In Orientalism, Edward Said tells us that it is a common human failing to prefer the superficial authority of what we read over “direct encounters with the human”. I believe this rings true now more than ever, not just in the Middle East but globally. Instead of relying on popular narratives and politics as reasons to write off communication and close down spaces for shared solidarity, we should take them as reasons to push harder to build those spaces and discover new sides to the timeworn story.